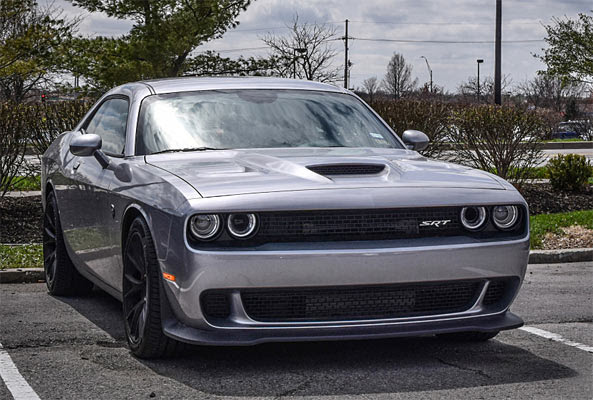 The Dodge Challenger has shown the best sales growth in the first two months of the year, heading up the muscle car charge.

Although Mopar has been regularly in the third spot in the overall muscle car sales charts, they grew 8% more than the first two months of 2015. In comparison, the Ford Mustang and Chevrolet Camaro sold more, but the Mustang only grew by 2.5% and the Camaro by 3%.

It’s unlikely that the Dodge Challenger and Charger will outsell the Mustang or Camaro in total units, but that isn’t the point for the limited-edition cars.
Some of the success was due to the 2015 upgrades to the Challenger, with small design changes and the most powerful engine line-up, up to now.
All this added up to 66,365 units sold in 2015.

As the next generation of Dodge Challenger is expected in 2018, there could be more limited editions, building on the already successful Hellcat, but for now, the Dodge Challenger and the Charger are revitalizing the muscle car market, reminding everybody there truly is no replacement for displacement.

February 06, 2021
Ford GT is a fine car, but given the choice, many if they had the money would in an instant upgrade to the GT350. The GT 350 has an insane sound, flat plane crank V8 and built for the track. Now Ford is offering a package which will get you that bit closer to a GT 350. There is a variety of power packs available depending on your needs. The first power pack adds a K+N hi flow air filter and a few other adjustments which adds 13 hp and 40lbs. ft. of torque. This will cost $539 as of 1st August. Powerpack two gives you the GT 350 cold air intake, with a 87 mm throttle body and intake adapter. This will give you 21 HP and 24lbs. ft. of torque increase. This will cost you $949. Power Pack 3 builds on the second package and includes a full GT 350 intake manifold , giving you 37 hp and 51lbs. ft. of torque. At 7,500 rpm, this goes up to 60 hp over your stock GT. here you will need $2,395.
Post a Comment
Read more